Kim Dacres, the principal of New York’s Harlem Prep Middle School, doesn’t fit the traditional mold. Growing up, Dacres remembers all of her principals as old white men. She’s a 28-year-old African-American from the Bronx.

Her leadership style is also unique. Rather than hide away in an office, Dacres is a mainstay in the classroom. “I’m never in my office. My job is to be in the classroom and give feedback on how teachers can manage the class better — how they can structure lessons better and frame questions in a way that will spark students.” 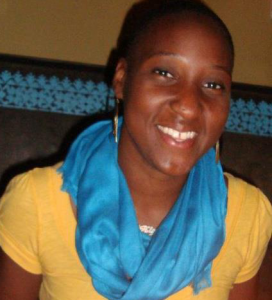 Dacres also develops her own relationships with those students, draws energy from them. “Every time a student calls me after hours and asks me for help — knowing that I can be a trusted advisor for students — I live for that.”

Six years removed from Williams, it seems her career in education might have been an easy decision for Dacres, but that’s not the case. Like other Ephs, she struggled to find a job that matched her interests. “I really had no idea what I was going to do … It was a big conflict for me because I didn’t have the financial flexibility to take a year off to explore.”

A studio art and political science double major, Dacres spent two undergraduate summers interning at art museums. She harbored dreams of traveling the world creating art, but lacked the means to do so. Eventually, a friend pushed her to consider Teach for America. “Before that, teaching had never really occurred to me as an option.”

Dacres applied to Teach for America, received an offer, and was placed back in her hometown in the Bronx teaching English as a Second Language to fifth-graders. She soon became aware of a wide range of problems in the school system. “Leaving Williams, I had the theoretical mindset of how I should view the world and question how systems are set up. Now, I was asking ‘what does that look like in practice?’”

After three years, Dacres discovered the Democracy Prep program, which was in the midst of a turnaround, having been deemed one of the lowest-performing charter schools in the city. Dacres joined the team as a reading and art teacher. By the end of the year, the school had been transformed into one of the highest-performing schools.

“During that year, I drew a lot on the experiences I had at Williams with Sankofa and the rugby team. There was a sense of, ‘We just have to get this done.’ That experience solidified in me the idea that I love students, but I also love working with a team of adults who share the same positive mindset.”

Following the turnaround work with the elementary school, Dacres began to take on a leadership role in expanding the school. She became an assistant principal, and then, in 2012, at the age of 26, she was asked to become the principal for the new middle school.

While there were tough aspects to transitioning away from the classroom, Dacres has found her new role ultimately rewarding. “I’m driven by being a part of a team, and that’s what I have here. … I didn’t get a lot of sleep [the first year], but I think it was a great learning experience in terms of ‘how can I be better in order to help everyone else?’”

Dacres also brought her Williams community-building experience into the mix. During her tenure as College Council co-president, a racist message left on a dorm room prompted a large student protest known as Stand With Us. As a prominent figure on campus, Dacres was thrust to the forefront of the movement. “I thought, ‘We need to have a day where we just stop and talk.’”

Working closely with her co-President Morgan Goodwin ’08, Dacres and others turned that idea into Claiming Williams Day, now an annual event when the Williams community comes together to talk about a variety of social issues on campus. “That experience instilled a belief in me that change starts with us. I try to instill that message of overcoming differences, respecting each other, and working together in my staff and my students.”

Unlike other college-prep schools, Democracy Prep’s mission of “Work hard. Go to college. Change the world!” places a heavy emphasis on active citizenship. For Dacres that emphasis is key. “I want students to be literate members of the community so that they can make it better. We’re not just working hard so they can get into college and choose whatever profession they want. I plan on being a lifelong Harlem resident, and I want my students to be the figures that come back and change this city.”

While Dacres doesn’t know exactly where she’ll be in five or ten years, she is certain that she will remain in schools. “Some people don’t like schools — they’re dirty, there are germs everywhere. I wouldn’t want to be anywhere else.”

Dacres measures her success with two simple questions: “Whether I’m happy when I wake up, and whether I’m exhausted when I go to bed because I had such a fulfilling day.” Right now, the answer to both questions on any given day is “yes.”

When asked what advice she would pass on to Williams students, Dacres emphasized the need to step outside your comfort zone and meet different types of people. “Being able to talk to different people and hold a conversation about different things is critical — no one asks about your GPA. It’s not about what you can do on paper — it’s the interpersonal skills.”

She also stressed the power of teams to enact change. “My experiences at Williams taught me that if I really want to get something done, I can do that, but I need to be prepared to work with others and rely on them to help see it through.”