Sports Executive I Will Kuntz I ’06

The Williams alumni network is an amazing thing. Just ask Will Kuntz ’06.

Kuntz, an avid sports fan, spent all his undergraduate summers working for the New York Yankees. After graduation he joined the Yankees full time, working his way up to director of pro scouting or “Yankees’ Whiz Kid,” as the New York media dubbed him. This spring he left baseball to become the Director of Player Relations for Major League Soccer. From the league’s offices in New York, Kuntz helps teams across the country negotiate contracts, comply with league regulations, and attract top players. For a sports fan with a legal background, it’s more or less a dream job. 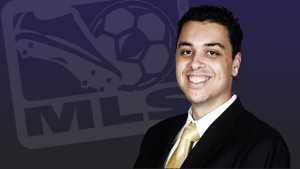 For Kuntz, the journey into professional sports all began with a simple letter. During the late fall of his freshman year, Kuntz learned that New York Yankees owner, the late George Steinbrenner ’52, was a Williams alum. A New York native who grew up during the Yankees’ late-90s glory years, Kuntz figured he had nothing to lose and decided to reach out to Steinbrenner. “I wrote him this long, cheesy letter where I talked about the leaves changing colors in Williamstown and what a great time of year it was. I lied and said I was a Yankees fan. (I grew up a hardcore Mets fan.) I asked for an internship or whatever he could do.”

The next day, Kuntz realized he had a problem: He didn’t have an address to send his letter to. Without any prior introduction, Kuntz emailed then-Williams President Morty Schapiro to explain the situation and ask for Mr. Steinbrenner’s address. “Within a couple of hours, Morty wrote back to me. He said, ‘This sounds like a great idea; I’d love to help you out. I know George myself. Why don’t you bring the letter to my office, and I’ll send him a letter with your letter and make sure it gets to him.’”

A week later, the Yankees called. They wanted to bring Kuntz in for a few interviews. “I ended up going down the first week of spring break, spoke with a few people, and toured the stadium. At the end of the day, I met with the COO who said, ‘Mr. Steinbrenner’s already signed off on your internship. Where would you like to work?’”

Wanting to be as close to the actual game as possible, Kuntz chose to work in baseball operations, where he served under long-time general manager Brian Cashman. Though his day-to-day was filled with typical intern tasks — faxing and filing papers, getting coffee — Kuntz loved it. He remembers one mid-July night in particular. It was Friday, and the game was delayed due to weather. “When you have a rain delay, you sort of just sit around the office. It was 10:15, and they hadn’t called the game yet. The four people in the department were all sitting in the GM’s office just shooting the breeze. I thought, ‘This is pretty cool. I’m talking baseball with the GM and assistant GM of the New York Yankees.’”

From that day forward, Kuntz was convinced he wanted to work in sports. When his internship ended that summer, Kuntz was asked to return next year. “That was one of the happiest moments of my life.”

Kuntz spent the next two summers with the Yankees, was offered a full-time job when he graduated, and stayed for nine years. During his tenure, the Yankees made the playoffs seven times, won their division five times, and won the World Series once.

For Kuntz, who was a member of the Ephs 2003 national championship basketball team, the success and competitive atmosphere within the Yankees organization was familiar territory. “The Yankees were challenging, but in many ways it was less overwhelming than biology at Williams …

After we won the World Series in 2009, I remember saying the experience didn’t feel as strange as I thought it would because I remembered the focus we brought to the NCAA tournament games at Williams. It sounds crazy to compare Division 3 basketball games to the World Series, but it’s that same kind of feeling, that same attention to detail.”

Asked how he was able to stand out as an intern and move up in the Yankees organizations, Kuntz pointed to his experiences in the small, discussion-based classes at Williams. “I took a lot of political science and sociology classes freshman year. I had to read 200-300 pages between classes. The way to survive was to do the work as best you could but also to ask the right questions in class so you could get some guidance. It was similar with the Yankees. There was always more work you could do, but when you had the opportunity to sit with someone who worked there full-time, you could take advantage of that. Williams taught me how to think on my feet, how to ask the right questions, how to look at problems for the first time and begin to solve those on the fly.”

Since joining MLS, Kuntz’s broad education and experience in working on a wide range of problems has become invaluable. “The league is growing exponentially. Everyday we’re attacking a new problem and thinking about how we can improve and grow soccer. There’s so much room for growth and learning; there’s always a new challenge.”

When asked what advice he would give to students interested in getting into sports, Kuntz emphasized the value of making connections and staying positive: “Tell your story and be open to anything. There’s not one set path. I wouldn’t have thought that 10 years in baseball would end up in a career in soccer… . Also, don’t get discouraged. You’re always going to hear ‘no’ more than you hear ‘yes.’”

And whether you’re interested in sports or not, don’t be afraid to use the alumni network. You could be the next Will Kuntz.

“As soon as you get to Williams it’s apparent that it’s a different place. There’s a special sense of community. You get a weird comfort level with people you haven’t met because everyone basically has the same experience. To tell someone who went to Williams that you went there or you’re there now really resonates. I know it did for Mr. Steinbrenner. He approved my internship before I even got there.”

Social Entrepreneur I Imran Khoja I ’12
Macroeconomist I Philip Bartels I ’03
How'd You Get There? MENU