Social Activist I Morgan Goodwin I ’08

Arriving on campus in the fall of 2004, Morgan Goodwin wasted little time making his presence felt. One night in November, as his entry prepared for Sunday Snacks, Goodwin and a friend met in the stairwell of Sage Hall. Goodwin glanced at his watch. “On the count of three, we go. One. Two. Three.” The two stripped off their clothes and began sprinting from common room to common room, yelling hysterically as they crashed through the hallways. For five minutes, the calm of a Williams Sunday was replaced with chaos and bewilderment. 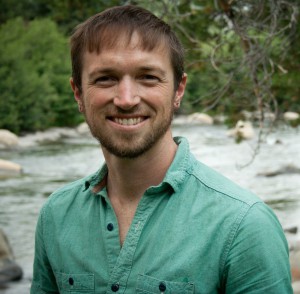 “Streaking was a way to shake things up,” recalls Goodwin, “to get some discussions going, and make people question their social values.” A campus celebrity from his nude runs, Goodwin spent the next three and a half years challenging the status quo and encouraging others to do the same. He moved into leadership positions across campus, becoming a JA, College Council co-president, and the founder of Thursday Night Group — an organization dedicated to addressing climate change. “A lot of the things I did at Williams were done so that people would think of me as someone other than the streaker,” he now admits.

In all of those leadership roles, Goodwin refused to accept the answer “because that’s how it’s always been.” He pressured Williams to commit to reducing carbon emissions. He organized trips for students to attend rallies in DC so they could see change firsthand. When a racist incident revealed the need for greater discussion about the campus community, he helped organize Claiming Williams Day.

When it came time to think about life after Williams, Goodwin — a strong student and widely recognized leader — had no shortage of options. Instead of following the traditional paths for success, he did what most Williams students fear most: he bounced around. “The theme of my experiences after Williams was saying yes to a lot of random things with short-term commitments that often had shaky financial underpinnings.”

Following graduation, he stayed in the Berkshires to help encourage the growth of a green economy. He followed that up with a few months educating young voters about environmental issues in the run-up to the 2008 election. After that, he hopped on a plane to China with a reservation for three nights in a hostel, a return ticket three months later, and a stack of business cards that simply read “Social Entrepreneur.” When he returned to the States, Goodwin worked for a solar energy start-up on Long Island. Everywhere he went, his employers tried to entice him to stay longer, but he resisted.

After his stint in Long Island, Goodwin went back to Williamstown with no plans and no job prospects. Within a few days, he received a call from Avaaz — an international campaigning organization with a worldwide membership of nearly 39 million that works to affect progressive change around the world.

When Goodwin got the call, Avaaz was setting up a climate action committee of 20 youth activists living in Washington, D.C. in advance of a global climate change conference. Goodwin signed on and spent the next few months organizing protests and rallying other activists. At one point he issued a press release purporting to be from the U.S. Chamber of Commerce announcing that it was now supportive of robust climate change legislation. “Our release was reported as real news by MSNBC and Fox Business News.” Goodwin and his conspirators were sued but charges were eventually dropped.

Goodwin describes Avaaz’s mission as “closing the gap between the world we have and the world most people everywhere want. The mission is really profound because it [asserts] that there is a world that most people everywhere want, and that our job isn’t to argue over the details of exactly what that world looks like, but to close the gap a little bit during our brief time here. It allows us to be incredibly pragmatic in some instances, and incredibly idealistic in others.”

Avaaz has used its wide reach to take action on a broad range of issues, including lion poaching in South Africa, coal dumping in the Great Barrier Reef, and sex trafficking in international hotels. “Three months after I joined, I was going to Best Buy, purchasing satellite phones, and putting them in duffle bags to send to Cairo and Algeria and Syria so that we could blackout-proof the Arab Spring. Because we started sending Syria equipment early on, we were the largest organization able to document protests in Syria.”

Nearly four years later, he is still with Avaaz as a campaigner and data technician. His campaign-related work involves writing text for fundraising emails, fact-checking releases, and building connections with partner organizations. The data work has ranged from developing a new form for receiving donation requests, to migrating the organization’s platform to Amazon’s cloud.

Eventually Goodwin could see himself in a leadership role helping set the course for an organization like Avaaz, but he is in no rush to get there. “I’d rather not burn myself out and meet some life goals in other ways. I’m able to have a healthy outdoor lifestyle and work on local issues that I care about.” His desire for balance and the ability to work remotely has led Goodwin to settle in Truckee, Calif., a sleepy mountain town a few miles from Lake Tahoe. This fall he successfully ran for town council.

“If you allow yourself to see the ways in which you really want to make a contribution to the world, even if you think it’s too ambitious or too crazy, and you’re willing to follow that passion and take the blows as they come, that shines through in a job interview so much more than whether you checked the right boxes on your résumé. It doesn’t have to be fully thought out, you just have to trust that your own gut is going to guide you and that you are going to work to overcome hardships.”

Community Developer I Stevon Cook I ’08
Nonprofit Community Service I Andrew Seligsohn I ’89
How'd You Get There? MENU