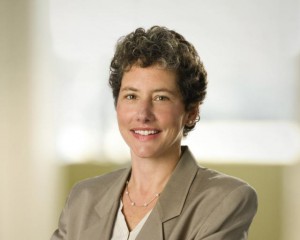 Piecing together Liz Kellison’s career trajectory is a difficult task. At various times in her life, Kellison has served as a teacher, a dot-com entrepreneur, a PhD candidate, a writer, and a non-profit organizer. Today, Kellison works on financial services for the poor as a part of the Gates Foundation.

Though her journey may appear outwardly haphazard, Kellison has no trouble finding the constants. “I’ve always followed things that I was interested in. One [interest] led to another, and I would learn about that, and then I would become interested in something else. They built upon each other.” Rather than planning out each successive step, Kellison allowed her curiosity to serve as her guide.

Kellison’s first professional interest was in the classroom. “I did a teaching internship during a Winter Study at Mt. Greylock and was blown away by how much fun I had. I decided I wanted to pursue teaching.” She applied for jobs as an English teacher, but was turned aside due to a lack of experience. A month after one of her interviews, however, Kellison received a call from a school telling her that their Russian teacher had just left and that she had 24 hours to decide whether to accept the position. 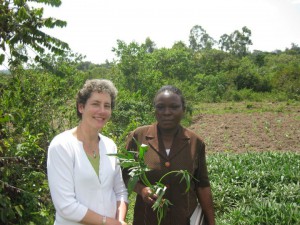 “I thought, my Russian’s not that good, but I really want to teach and they’re handing me a program. I accepted the position, and my life started taking a path that I hadn’t seriously thought about before.”

Kellison joined the high school and went to work developing the school’s Russian program, including introducing an exchange program with a school in St. Petersburg and leading numerous trips to Russia. “At the time, the Soviet Union was crumbling so there was a ton of excitement around Russia emerging and the Cold War ending. It was a really exciting time to be in Russian Studies.”

After seven years in the classroom, Kellison grew eager for a new challenge and enrolled in a PhD program in Russian Language and Literature at the University of North Carolina. Less than a year in, however, she realized that the PhD might not be the right path. “PhDs in the humanities and especially literature tend to focus very quickly on a narrow field, and I realized that I was more of a generalist.”

Kellison decided to leave graduate school after completing the master’s portion of her work, but wasn’t sure what would come next beyond a vague plan for taking a year off to explore. During her final year in Chapel Hill, an old Williams classmate called and asked if she wanted to grab a beer. “He said he was launching a virtual university on the Internet. I remember my jaw dropped. The idea of providing education to those who normally wouldn’t have access to it blew my world open.”

This was 1997, and the Internet was just beginning to enter mainstream consciousness. Kellison set aside her plans for a year of travel and jumped on board the newly formed University Access.

When the company went out of business four years later, Kellison joined one of her co-workers in launching a non-profit in online education. The group was partnering with the Gates Foundation to create a public access portal to transmit library content in a more efficient manner. “I was there for six years, and it was really exciting, and I got to work a lot with Gates Foundation staff. After six years, when I was ready to move on, I called up some people at the Gates Foundation and asked them about opportunities to become a part of their organization.”

That was eight years ago. Kellison joined the Gates Foundation, initially working on a series of internal initiatives with the Chief Administrative Officer. Four years ago, she moved into her current role as Deputy Director of Financial Services for the Poor. “We try to provide mobile money and access to digital financial services for the poorest of the poor—folks who make less than $2 per day.” Kellison works with numerous tech companies in the space and frequently visits impoverished regions of the world in order to better grasp the day-to-day needs of the populations she serves.

Reflecting on her journey, Kellison emphasized the serendipitous nature of life. “I’ve never had a ladder. It’s always been, ‘I’m interested in learning more about this thing, so I’m going to follow this path.’” The winter study internship opened up her passion for teaching. The beer with her Williams classmate opened up her passion for universal education, which in turn led to an interest in open access education content. At the Gates Foundation, the exposure to a wide range of issues has opened up interests Kellison never knew she possessed. In college, she largely avoided economics and international relations. Now, her work revolves around both disciplines.

That experience of stumbling upon interests informs Kellison’s primary message to current Williams students: “Go out and follow something you’re interested in—get your hands dirty, go abroad, explore. It will take you a while to figure out what you love doing—don’t think you need to know it coming out of Williams, and it may evolve over time, but follow something you’re passionate about, start figuring out what your north star is and stick with it.”

You can learn more about Kellison’s journey here.

Music Industry Project Manager I Katie Holmes I ’13
Nonprofit Tax Assistance I Sarah Louise Smith I ’06
How'd You Get There? MENU