Macroeconomist I Philip Bartels I ’03

Seniors who have no idea what you want to do, you’re not alone.

Not only did Philip Bartels leave college unsure of his path, it took him nearly a decade of searching before he found a position that truly excited him.

During stints as a legal assistant, banker, and grad student, Bartels spent nights and weekends doing extra reading and talking to as many people as he could in order to find a job that matched his interests. Now, two years into a job as a European macroeconomist at Wellington, a Boston-based investment house, he has found happiness, combining his love for European history and politics with a passion for investing. 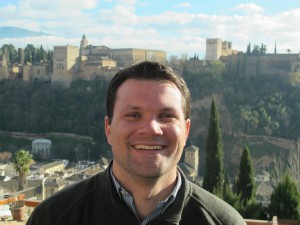 I caught up with Bartels at his family home in Williamstown a few days before he embarked on a month-long research trip to Poland, Austria, Germany and the U.K.

What has your path since Williams looked like?
Like a lot of Williams students, I interviewed for investment banking, consulting, and teaching jobs because that’s all I knew was out there. I graduated without a job, in part because I couldn’t sell myself as a candidate for one job or another. I really had no idea what I was good at or what I wanted to do, and that came through since I am not good at faking it.

After two years as a legal assistant, I applied to economics masters programs with a focus on Europe. I’d taken four or five econ classes at Williams, and in my first year of grad school I fell in love with international economics, especially monetary policy.

After grad school I took a job at Deutsche Bank, where I became interested in investing. I started doing my own investments on the side. I was fascinated by global questions like what happens to the euro area and world markets if Greece leaves the Euro.

I decided to study the European crisis further, so I did an internship at the European Central Bank. The majority of my work focused on Latvia, which was trying to join the euro area. By the end of the fellowship, I’d decided that I was interested in macroeconomics and investing, so I wanted to combine the two.

I ended up at Wellington. My job is to take information, understand the political and historical background, and come up with a view as to whether the region, country or sector in question is a good place to invest.

At Williams, were you aware that this job existed?
No. When I applied for investment banking jobs, I didn’t really even know what they did. It took getting into a bank to understand that there are all these different departments where someone with a certain skill set or personality is best suited. I tried to navigate within the bank, but what often happens is that it’s hard to move from one department to another. Big companies can pigeonhole you. They train you to do one thing, and then they want you to do that for the rest of your life even if you don’t particularly enjoy it.

So you really have to know who you are. Keep an open mind, explore different areas, and listen to what else is out there. You don’t have to be in a rush to define yourself as “a lawyer,” “a banker,” “a doctor,” or “a teacher.” It’s a discovery process that often takes time and may not even lead you to these four well-recognized professions, but in the direction of something you didn’t even know existed.

How were you able to search within the bank for roles you might enjoy?
I read a lot of research. I signed up for every email distribution list I could. Sometimes that’s difficult, but if you’re really trying to develop yourself professionally, I find that you need to read about a wide range of things, even if they don’t particularly pertain to your department or the field you work in.

I was also a good networker. I made friends in other departments and would talk with them about what they did.

It seems like the exploration process was a lot of work.
It was. Many people may have thought that I was restless. I was always questioning whether this was really something I wanted to do. Now, for the first time, I’m at a job where I’m not doing that.

I don’t have a lot of sympathy for people who complain about their jobs but aren’t actively trying to improve their situation. I think it’s important to take an active role rather than passively allowing things to happen to you.

How have you come to define success?
Success is growing professionally, becoming wiser about the world, and learning from failure. I believe there are a lot of iterative processes in life. I write notes to myself explaining where I went wrong and how I can improve. I also think that just being happy and content with what you’re doing is success.

From a holistic view, success is about balance. If your professional life becomes too big a part of your life, you’re not being successful. Success can be coaching your kids at soccer rather than being a CEO.

What advice do you have for Williams students?
The first thing you do after college is important, and it will put some people on a career path that they follow for a long time, but I wouldn’t make it overly important.

Sometimes I felt overwhelmed at Williams not knowing what I wanted to do. My message to those people is that the “not-knowing” is normal. In many ways I can see Williams as the center point of a web. The first job is one step, but you can take many different paths and end up at the same point.

Sports Executive I Will Kuntz I ’06
Green Entrepreneurs I Geoff Chapin & Brian Greenfield I 1996, 1998
How'd You Get There? MENU