What would you do if you woke up tomorrow unable to get out of bed, incapable of going to work, and faced with no timetable for a recovery? After graduating from Williams in the spring of 2009, Pei-Ru Ko went home to Taiwan determined to make a difference. In many ways she had been a classic Williams success story. She served as a JA, wrote for the Record, and left Williams accomplished, prepared, and excited to take on the next stage of life.

The next stage, however, would be far more trying and far less glamorous than the previous one. A year after returning to Taiwan, Ko developed a rare autoimmune condition. Day after day, doctor after doctor, nothing seemed to work. Her energy waned, and she was left in near-constant pain. “Getting sick was the hardest — is the hardest — challenge I’ve ever had.” 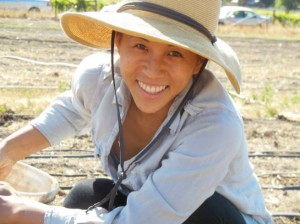 Illness was hardly the first challenge Ko had encountered. During the spring of her first year in Williamstown, Ko had convinced herself that she would transfer. Over a cup of coffee with Steve Klass, now Vice President of Campus Life, Ko explained the reasoning behind her decision: “We talk about diversity all the time at Williams, but everyone spends their time talking about how many meetings they have and how tired they are. What a shame to have all these people together and not talk about anything deeper than that.”

Klass responded by issuing a challenge: “If you think those deeper stories are out there, why don’t you create a space where they are encouraged?”

A few weeks later, Ko convinced a handful of students to gather on the second floor of Paresky to listen as one student talked about her life. Storytime was born and is now a cherished Williams tradition, where every Sunday night a member of the Williams community tells his or her life story to a large and eager audience.

Though Ko had no way of knowing it then, the experience of building community through storytelling would become a defining piece of her post-Williams life

It took a year for Ko’s health to improve at all. On a trip to the States, she encountered a chef who only cooked with food free of preservatives and chemical additives. After a few days of his cooking, she felt a little better. Where drug after drug had failed, real food seemed to be working. Enthused by her discovery, Ko enrolled at a culinary school in Berkeley that focused on therapeutic cooking.

“I was telling people that I was on a sabbatical — I was doing something else to take care of my body, but I would get back to doing what I was supposed to.”

What she “was supposed to do,” she assumed, was something big, something prestigious, something world-changing. Instead, Ko was forced to live day-to-day. “Because I didn’t have a lot of energy to give, I had to find the most core of who I am. For me, that is connecting — helping speakers connect with their stories and bringing those stories to listeners.”

Ko volunteered at many organizations, mostly food-related, in the Bay Area. She met farmers and organizers and learned about the food process and the plight of small growers.

Over the past year, her energy has begun to return. Combining her love for storytelling with her newfound interest in sustainable food, Ko is in the early stages of launching a nonprofit called Real Food Real Stories. Her goal is to “help sustainable food producers share their stories and talk about not just what they do, but why they do it so they can build a connection with their customers.” The hope is that “through authentic storytelling and relationship building, we can build a local food hub centered around trust, collaborative partnership and true advocacy.”

“It’s only in the last eight months, as I’ve started to feel a little better, that I’ve realized I have been living over the past four years. I wasn’t taking a break.

When asked about how she has changed since graduation, Ko pointed to an increased sense of humility. “You have to keep your bowl small. If you walk around the world, and wanting all of this stuff—a lot of vacation, your boss’s appreciation, high pay, etc.—you’re never going to be happy. When you have a bowl that’s small and clearly identified, it gets filled easily.”

The power of gratitude and self-reflection transfer into Ko’s broader message about the real world. “We’re looking for those golden steps to bring us up the career ladder, but if you don’t realize where you’re putting your ladder, you start climbing without thinking about where you want to go. The more efficient thing is not getting started right away, it’s stumbling around a little bit and trying to figure out where you want to go. We need to allow ourselves to explore and stumble and try to wait on climbing.”

Ko acknowledges that this approach might be uncomfortable for Williams students. “It can be really stressful. It’s been stressful for me. My life is not necessarily a success story. It’s a process that I’ve been on and am still on.”

She may not have a graduate degree or a high-powered résumé, but when faced with adversity, Ko stayed true to herself and that has made the difference. “When you do find where you want to head, climbing the ladder isn’t a problem. You’re happy, you’re excited — you don’t worry about climbing, you just naturally do well and work hard.”

You can learn more about Real Food Real Stories at realfoodrealstories.org.

Artist | Robby Cuthbert | ’11
Farming Artist I Lucy Rollins I ’12
How'd You Get There? MENU